Coptalk.Info – What you do not know will shock you!
Home Ask a Cop? Ask a Cop?: Failure to yield to an emergency vehicle
Facebook
Twitter
Pinterest
WhatsApp 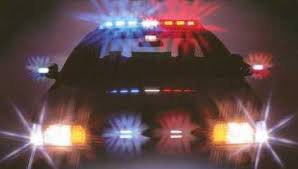 From: katie
Sent: Thursday, August 29, 2013 7:32 AM
To: info@coptalk.info
Subject: failure to yield to emergency vehicle?

If a cop already has someone pulled over on the side of the road, and you swerve around them but don’t go completely into the second lane, is that a considered a failure to yield to an emergency vehicle?

I received a ticket last night for this and I don’t feel that I did anything wrong. When the cop was done giving the car he had pulled over a ticket (I’m just guessing he did) he then turned on his lights and I pulled to the side thinking he had to get somewhere. But then I realized he was pulling me over. And gave me a ticket saying I failed to turn completely into the second lane while he was on the side of the road. However I did not fail to yield to him because I swerved around him pulling over the other car, and again pulled off to the side of the road when he pulled me over.

Would you agree that I do or do not deserve a ticket? I usually don’t disagree with cops, but a $178 ticket for failing to yield when I did in fact yield, I even slowed my car down as I went by him (because I always feel extra cautious when driving by a cop) and swerved around them. His arugement is that I did not turn into the second lane on the road. However, I did partially turn into the second lane, it just wasn’t a complete 100% turn into the other lane.

Do I deserve this ticket or can I go to court and fight it?

The law is often interpreted differently by different people. If you go to court and say you slowed down and partially changed lanes before passing, it will be your word against the officers. I see people disobey this law quite a bit because they just are not aware of it. If you go to court and say you knew of the law and explain the actions you took the judge may or may not side with you. In the least, if the officer doesnâ€™t show up the citation will be dismissed. Sounds like you feel you did enough while the officer felt you didnâ€™t do enough. If you feel strongly that you didnâ€™t deserve the ticket you should go to court to fight it. Just remain calm, donâ€™t interrupt the officer, and wait for your turn to explain your side. Photos of the scene would be helpful showing your view as you approached the area. With an enlarged photo you’ll be able to show the judge exactly what you did. People with great photos and prepared for their case often have a good chance in court rather than the people who just show up empty handed and say they are innocent.

(1) Make a lane change into an available lane not immediately adjacent to the authorized emergency vehicle, tow truck, or Department of Transportation vehicle, with due regard for safety and traffic conditions, if practicable and not prohibited by law.

(2) If the maneuver described in paragraph (1) would be unsafe or impracticable, slow to a reasonable and prudent speed that is safe for existing weather, road, and vehicular or pedestrian traffic conditions.

(b) A violation of subdivision (a) is an infraction, punishable by a fine of not more than fifty dollars ($50).

Ask a Cop?: No gun for my brother, can I have one?

Ask a Cop?: Why do you touch my car when you approach it?