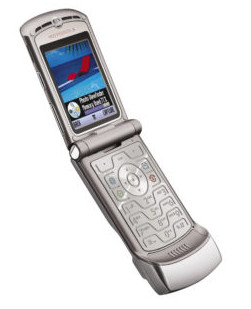 Cell phones. Almost everybody has them these days. People make those â€œjust have toâ€ phone calls from the supermarket, the bank, the ballgame, and most frequently from their vehicles. Used in moderation Cellular phones are a great convenience. Used carelessly they can offer you great inconvenience.

They are a big time consuming inconvenience to us because we have to take timely reports when:

You lose your phone.

Your phone gets stolen.

Your phone number gets cloned and you get a $800.00 bill next month.

And most frequently, when you take your eyes off the road and get into an accident!

Officer, I just set it down for a second next to the coffee isle in the store. No one could have taken it; there was nobody around!

What this lady really meant to say, is that she set her phone down while shopping, went through the check out stand, and discovered her phone missing while driving home. Thirty minutes later she returns to the store and not only can she not remember where she set it down, she canâ€™t describe what kind it was, and has no idea what the model or serial number was.

I have to smile and say, Thatâ€™s a real shame. But what Iâ€™m really wondering is why this lady is even wasting my time on a â€œgo-nowhereâ€ report when I could be out keeping an eye on the rush hour traffic reminding people to slow down so they get home in one piece.Â  A kid down the street rips off a stereo from a department store and the manager mutters â€œthereâ€™s never a cop around when you need one.â€

After I apologize for the lengthy response time, I mutter â€œIf that stupid lady had kept her phone in her purse and not put it up for grabs, I could have been here a whole lot quicker.â€ I might have even been driving through the lot and noticed a suspicious kid hanging around and stopped a crime before it happened!

You leave your phone on the front seat of your car still plugged into the cigarette lighter. The 2 in the morning burglars that cruise your neighborhood (that you never see) will smash your window, alarm system or not, and be gone in less than 30 seconds. With your phone!Â  By why would they have to smash your window, 9 out of 10 times the car door is left unlocked! Yes, we have very happy burglars in my city.

Use your phone for urgent calls, or for EMERGENCIES! When you are done with the phone, put it back in your purse, or on your belt, or in the glove box, but DONâ€™T LEAVE IT OUT IN THE OPEN!

But getting to the heart of this topic, we need to talk about cell phones for emergencies. Many people donâ€™t know this so Iâ€™m going to spell it out here.

When you call 911 on a house phone or from a payphone, is it the same as when calling 911 from a cell phone?Â  NO!Â  Hereâ€™s the difference.

How about an example:

You hear your smoke alarm go off one night in your house, and you awaken to find your living room on fire. You get your wife, kids, and the family dog out of the house, and you figure youâ€™ll call the fire department from your cell phone. You call 911 and after 2 minutes of ringing or hearing a recorded message about the â€œhigh volume of calls and to please stay on the lineâ€ a dispatcher answers â€œ 911 what is your emergencyâ€.

You stare at your house that is now an inferno and you say, â€œYes, I believe that I doâ€. The dispatcher will ask you all over again for your address, city and nearest cross streets, and for more information about the fire. The sad thing here is that seconds count! Every second that goes by decreases the chance of saving your house. Why is this a problem?

911 doesnâ€™t go through to the actual service that you need. In my area, 20 counties worth of mobile 911 calls go through to the Highway Patrol Dispatch center. One center for all these calls! This causes delays, recordings and being put on hold. When you do get through, if itâ€™s not an emergency on the freeway, they TRANSFER you to the appropriate agency. This takes time!

If the man whose house caught fire, had known the direct emergency number for the fire department right down the street from his house, the response time could have been under 4 minutes. Because he didnâ€™t, the response time would probably be near 10 minutes. Calling DIRECT saves time! Where I work, as soon as the dispatcher answers the emergency line at the fire department, the call is broadcast throughout the station of the crew that will be responding. While they are getting dressed they can hear all the details that you provide to the dispatcher.

The Captain starts thinking about the line of attack to use.

The Engineer starts thinking about the route he will take to get to your house.

The Hoseman knows that he is going to need his breathing apparatus and that this will be a â€œworking fireâ€.

All this thinking is being done WHILE you are on the phone with the dispatcher, and take it from me, all this thinking and â€œsaving timeâ€ is what makes the difference in saving your home, or saving the foundation!

What gets this thinking in place sooner, is how soon they get the call. Direct, or after a more than likely time consuming transfer from another agency. How do you avoid the delay?

Letâ€™s say you live in JimTown Calif.Â  Get the emergency line number for the JimTown Police department, and the JimTown Fire department, and store them in your cell phoneâ€™s directory. Or write them down and keep them over your visor in the car, or in your wallet. Should you ever have to report an emergency while driving around JimTown California, youâ€™ll usually be less than 3 rings away from help when you need it.

If you have to call 911 direct from your cell phone, be aware that youâ€™ll more than likely not be talking to the agency that you need. In that case, make it easier for the dispatcher who probably has never even heard of JimTown!

Instead of making the dispatcher fish out all the information, you are telling him or her straight up that you need a specific agency, and that will speed up the transfer process. Keep in mind that if you donâ€™t know where you are such as if you are traveling through an unfamiliar city and you need to report a vehicle accident that just occurred, you just have to do the best you can.

Here are some tips:

The scenario about the house fire was just that. A scenario. An example. But what if that was you calling 911 on the cell phone to report your house on fire and one of your children was still inside. Could it happen to you? YOU KNOW THAT IT COULD. But the real question is, would you want your call answered direct in less than 3 rings, or would you rather go through the transfer process from an over taxed central agency?