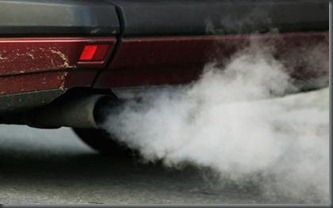 Just another reminder because it still happens EVERY DAYâ€¦..

This morning our officers were dispatched to a vehicle theft. The victim left her car running in the driveway to warm up and she had her two kids in the back seat. According to a neighbor, a man in his 30â€™s walking by jumped in the car, backed it out of the driveway and started to drive off WITH THE TWO KIDS IN THE BACK SEAT. The suspect quickly realized there were kids in the car and luckily he abandoned the car down the street and ran off. The suspect soon found another car warming up in a driveway a few streets away and took that car which is still outstanding. This happens EVERY DAY, in EVERY CITY!

I know itâ€™s cold in the mornings but a car with steam coming out the exhaust and no one inside is just what thieves look for. Thieves drive a stolen car for a day or two and then dump it for another one. They drive through neighborhoods in the morning looking for an easy car to steal. Doesnâ€™t get much easier than finding a running car in the driveway or in front of a house. Sometimes itâ€™s kids walking through a neighborhood and they find an easy ride to school. It happens EVERY DAY. I know people say â€œit wonâ€™t happen to meâ€. But keep doing this and I guarantee sooner or later it WILL happen to you. Purse or wallet in the car? Oooops. Laptop on the seat? Wonâ€™t be there when police find the car. Is the 4-5 minutes to have a warm interior worth the hour you lose calling the police and your insurance company? Maybe another hour or two renting a car? Not to mention what shape will your car be in when you get it back? Dented, scratched, cigarette burns in the seats, maybe trashed, might not ride or run as smooth as it used to. Maybe totaled. Oh Wellâ€¦..

And the incident this morning with the kids left unattended in the car! Who leaves their kids unattended in a running car! Someone who thought â€œit wonâ€™t happen to meâ€. Luckily the thief didnâ€™t want any part of kids being in the car. But what if he kept driving away? Could you imagine seeing your car drive away with your kids in the back seat? Then you call the police, we put out an Amber alert, put out a statewide BOLO for the car. What would have happened if an officer spotted the car and got into a chase with the suspect who wanted to avoid prison at any cost. Do you think heâ€™s going to drive carefully cause kids are in the car? Nope, heâ€™s going to drive as fast and as crazy as he can to get away. A major crash, innocent people hurt or killed including the kids in the back seat. Thank God that didnâ€™t happen but the potential was there, simply because someone thought â€œit wonâ€™t happen to meâ€. Donâ€™t people watch the news or read the papers? Thereâ€™s been several high profile incidents involving cars being taken with kids in the back seat. And thieves donâ€™t want to get caught in a stolen car so they rarely just pull over for the police, they usually engage in a dangerous high speed chase where officers and innocent people are endangered. And it usually ends up with tragic consequences. Itâ€™s like leaving a 4000 lb loaded gun laying around with a tragic accident just waiting to happen.

The other morning I spotted steam coming from the exhaust of an unattended car warming up in a driveway. I waited until the owner came out of their house a few minutes later and told them they could have found their car missing when they came outside and they replied "this is a safe neighborhood, I just assume it will never happen to me".  A lot of people take chances sometimes because they feel â€œit wonâ€™t happen to meâ€. But eventually it will. You might have warmed up your unattended car 100 times without incident but the 101st time may not be so lucky. If I sound harsh itâ€™s because this happens every day in every city during the cold and wet weather. Thereâ€™s a huge increase in stolen vehicles in the wintertime from people warming up their unattended cars in the mornings. It doesnâ€™t matter where you live, "safe neighborhood" or not, it can still happen. Thieves actually target "safe or nice neighborhoods" because they know people are careless and take chances. Then there are the people too lazy to turn off their cars at the convenience store. They go inside to buy cigarettes or beer and leave their car running in the parking lot, sometimes with kids in the car. At times I wish I could take their car and hide it for a few hours to get the point across.

Iâ€™m not one to say â€œI told you soâ€ but itâ€™s  frustrating knowing that people still do this  even after we constantly run stories about this. So if one of our readers writes in to tell us their car was stolen while it was warming up and now itâ€™s wrecked after a police chase, donâ€™t expect us to be very sympathetic.

If you want to warm up your car, warm it up WITH YOU IN IT!

Cars heat up faster driving rather than idling, clear your windows and start driving slowly down the street. The car will heat up much faster.

Never leave a car running unattended, sooner or later it WILL come up missing.

NEVER leave kids in an unattended car, running or not!

If you MUST warm up your car unattended, get a remote system installed where the car can be started with a key fob and if someone tries to take it without the key it dies.

Donâ€™t leave keys, purses, wallets, laptops or other valuables in view in your car. Police waste a lot of time writing reports daily for crimes that could have been avoided.

Donâ€™t take chances or you WILL become a victim of crime one day.

Lock it or Lose it!