by Douglas A. McIntyre, Michael B. Sauter and Charles B. Stockdale
Wednesday, May 25, 2011

Earlier this week, the FBI trumpeted the news that violent crime dropped 5.5% in 2010 while reported property crimes fell 2.8% during the depths of the worst economic slowdown since the Great Depression. The news, though, is far from positive.

Though most regions of the U.S. saw declines, the Northeast saw an increase in murders (8.3%), forcible rapes (1.4%) and aggravated assaults (0.7%). Why that region was affected by crime more than others isn’t clear. Perhaps it was because of the grinding poverty found in some of the area’s cities and their high cost of living.

The Police Executive Research Forum polled 233 local law enforcement agencies in 2009, and found that the link between poverty and crime was inextricable. A prolonged recession would only make matters worse, the research showed. After reviewing the data, PERF Executive Director Chuck Wexler told Reuters, "We are not saying there is going to be a crime wave, but we are saying this is a wake-up call and we anticipate the situation will continue to deteriorate."

A 24/7 Wall St. review of 2010 FBI crime data shows violent crime rose in several of the largest and poorest cities in the U.S., particularly those which have been in decline for some time. Even when crime rates dropped, older urban areas still had more violent crime than other cities. Philadelphia, Cleveland, Buffalo and Hartford finished high on the FBI’s list but failed to make the final 24/7 Wall St. ranking.

The crime problem is not completely explained by crimes committed. Police forces are supposed to keep crime rates down, but officers have begun to disappear from the streets of some large cities. Pontiac, Mich., part of the corridor of high crime cities that runs from Detroit to Flint, recently turned over its police operations to the sheriff’s office of Oakland Country, where Pontiac is located. Old industrial towns need to cut costs as populations fall and tax receipts recede, but the money trouble almost makes it certain that criminal activity will grow because it is mostly unchecked.

24/7 Wall St. looked at the ten most crime-plagued cities in the U.S. with populations of more than 100,000. We used a measurement of crimes per thousand people which is part of the new FBI database to determine the order. We compared these figures to unemployment rates and median income. The recession may have ended, but crime has not eased in these troubled cities nor will it anytime soon.

Our list is dominated by towns like Detroit, New Haven, and Baltimore. Parts of these cities are fortresses of crime. Much of the violent crime in Detroit is committed in the old Palmer Avenue section of the city, which is far from the shiny skyscrapers where GM has its headquarters. Baltimore’s Front Street neighborhood is a world away from the new office towers of companies like financial giant T Rowe Price on Pratt Street. The crime-plagued Lamar Avenue section of Memphis is also far from the city’s ritzy neighborhoods.

Unemployment will inevitably improve in these cities. The most hard-hit sections, however, may never completely recover. They failed to do so after the last economic upswing — and the one before that. Some part of all the cities on this list will be home to high levels of violent crime permanently. And, if the money used to keep police on the streets falls in most of these municipalities, containing the problem to a few neighborhoods will be hard. It would be nice to believe that criminals sit out a recovery, but they don’t.

These are America’s 10 Most Dangerous Cities:

The number of violent crimes committed in Flint increased for all categories considered for this list between 2009 and 2010. Perhaps most notably, the number of murders in the city increased from 36 to 53. This moves the city from having the seventh highest rate of homicide to the second highest. The number of aggravated assaults increased from 1,529 to 1,579, a rate of 14.6 assaults per 1,000 residents, placing the city in the No. 1 rank for rate of assaults. Flint police chief Alvern Lock stated late last year that he believed the city’s violence stemmed from drugs and gangs. Flint has a relatively small median income of about $27,000 per household. The city also has a poverty rate of 36.2%. 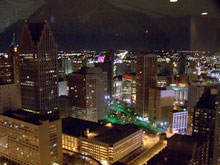 The city crippled the most in America’s post-industrial era is almost certainly Detroit. The Motor City has suffered from high rates of unemployment, homelessness, and crime. The city has one of the ten highest rates for three of the four types of violent crime identified by the FBI. Detroit has the sixth highest murder rate, the fifth highest robbery rate, and the second highest rate of aggravated assault. In 2005, a major reorganization of the city’s police department took place after a federal investigation identified inefficiencies within the system. According to an article in The United Press, opponents of Detroit Mayor David Bing called for further intervention by the Justice Department in several shootings that occurred last year.

Violent crime in St. Louis fell dramatically between 2009 and 2010, and has decreased since 2007. Despite this, crime rates remain extremely high compared with other cities. In 2010, the city’s murder rate and rate of aggravated assault were each the third worst in the country. With regards to both violent and nonviolent crime, St. Louis was rated the most dangerous city based on FBI data released six months ago. As of December 2010, the murder rate in St. Louis was 6.3 times that of the state of Missouri. The city’s gunshot murder rate for residents between 10 to 19 years old is also the second highest in the country, behind only New Orleans, according to the U.S. Centers for Disease Control and Prevention. 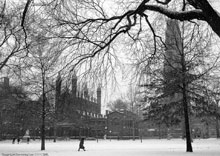 New Haven has historically had the highest rate of violent crime on the east coast. The impoverished, crime-ridden parts of the city stand in stark contrast to affluent Fairfield county to the West, and elite Yale University, which is located within the city itself. The number of murders in the city doubled last year. New Haven has the eighth highest rate of robbery and the fourth highest rate of assault in the U.S. The New Haven Police Department is considering adding cameras at every intersection in one of the neighborhoods where shootings are the most common.

Memphis has high rates for all the violent crimes considered for 24/7 Wall St.’s rankings. It has the sixth highest rate in the country. Incidents of violent crime in the city dropped slightly less than 15% between 2009 and 2010 though. Memphis Mayor AC Wharton attributes this decrease to Operation Safe Community, a citywide plan developed in 2005. The plan consists of a number of strategies meant to increase crime prevention, through toughening punishments for criminals, and the effectiveness of the city’s legal system, through changes such as expanding court programs so that they operate consistently and at full capacity. 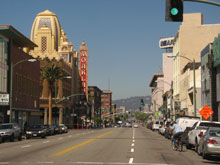 Oakland’s violent crime dropped about 5.5% between 2009 and 2010, from about 6,800 to 6,260. The city nevertheless has the tenth-highest rate of rape, the ninth-highest murder rate, and the second highest robbery rate in the country. In 2010, there were 7.12 robberies for every 1,000 Oakland residents. According to an article in the San Francisco Chronicle, Mayor Jean Quan has attempted to combat break-ins and theft by creating programs to keep potential wrongdoers off the streets by starting late-night basketball programs. It it unclear if these policies have worked. 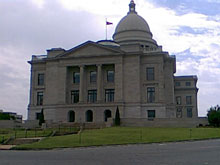 Little Rock has one of the highest rates of aggravated assault and forcible rape in the country. Since 2009, reported assaults has increased while reported forcible rapes have decreased. According to Lt. Terry Hastings of the Little Rock Police Department, quoted by local station FOX16, Little Rock was "down almost 12 percent across the board on crime" in 2010. This may be accurate for many crimes, and especially nonviolent crimes, however, according to FBI data, violent crime increased from 2009 to 2010. 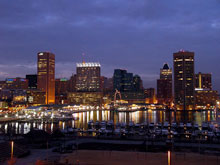 Baltimore had the eighth-highest rate of violent crime per capita in 2010 among cities with 100,000 or more residents, and the second-highest east of the Mississippi. The number of violent crimes has dropped slightly in the past year — from 9,600 to 9,300 — but the Maryland city has some of the worst rates of dangerous offenses in the country. This includes the tenth-worst aggravated assault rate — and the fourth-worst murder rate in the country.

Rockford has unusually high violent crime rates for a city of its size. Most notably, the city has the fourth highest rate of aggravated assault in the country, with 10.5 cases for every 1,000 citizens in 2010. During the same period, 20 murders occurred, almost double the number in 2000. Quoted by the Rockford Register Star in 2007, Winnebago County Sheriff Dick Meyers said that he believed the city’s "location worked against [it,]" as Rockford receives traffic from the drug markets in Madison, Chicago, and Milwaukee, resulting in heightened rates of violence. 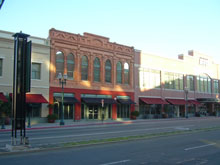 With a jobless rate of 18.4%, up from 18.1% a year ago, Stockton, California has one of the worst unemployment problems in the country. The huge percentage of unemployed residents may have contributed to horrible crime rates in the city, which is located 40 miles east of Oakland and San Francisco. Stockton was rated one of the most miserable cities to live in the country by Forbes in March, 2010. Violent crime was one of the chief measurements for its ranking. Of the 267 cities with populations over 100,000, Stockton has the 27th highest number of murders per 1,000 people and the 12th most aggravated assaults per 1,000. Last year, recognizing the crime problems in the city, the state temporarily diverted hundreds of California Highway Patrol officers to aid the city’s overwhelmed police department.